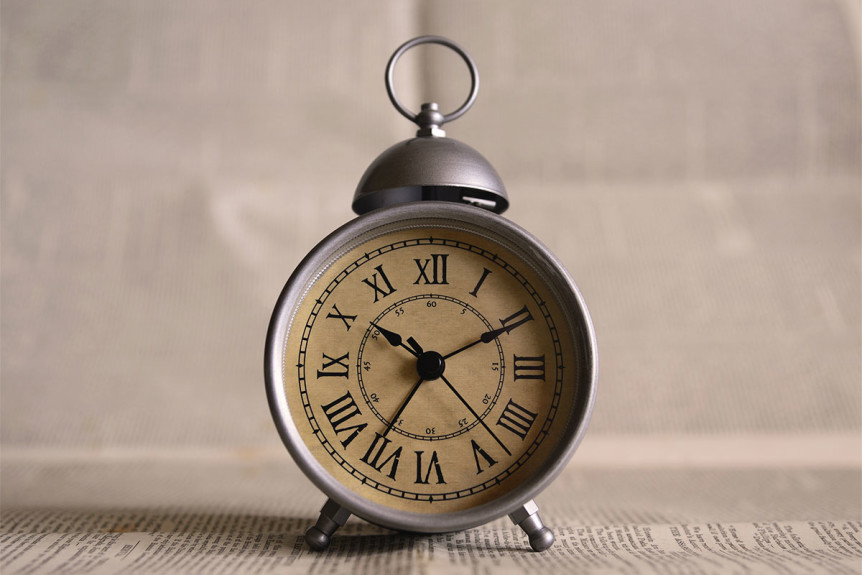 How many 11 day miracles have you turned into a 40 year journey? Your choices can change the blessing of God into a trial. That is exactly what Israel did when God delivered them from Egypt.

Moses said, “Normally it takes only eleven days to travel from Mount Sinai to Kadesh-Barnea, going by way of Mount Seir.” (Deuteronomy 1:2-3 NLT) The key word here is “normally”. Israel changed what God meant as a temporary transition into a permanent placement for a whole generation.

Don’t change God’s plans for your life. Step into them on the timeline He has designed for you!
Here are three ways you can walk into your promise on God’s timeline:

God will never bring you out of one thing without ushering you into your next thing.

1. Trust God’s Intentions.
God delivered Israel from their 400 year captivity in a completely miraculous way. If you looked at your life, you would no doubt see the many times He was working on something good for you. What has changed?

For most of us, nothing has changed except our perspective. Maybe you have changed, but God has not changed. He desired good things for your life before, and He still desires good things for you today. God will never bring you out of one thing without ushering you into your next thing.

Jeremiah wrote by God’s command, “For I know the thoughts that I think toward you, says the LORD, thoughts of peace and not of evil, to give you a future and a hope.” (Jeremiah 29:11)

2. Trust God’s Voice.
We usually have a sound we can hear better than others. My sons can hear, “yes” far better than they can hear, “no.” Israel knew that God had said to leave Egypt. He had been clear about His intentions. He used the voice of Moses to say, “Let’s go!”

When it was time to go into their promise, the same voice said, “Let’s go!”, but the nation no longer trusted that voice. Why? Because it is easy to trust a voice delivering you from bondage, but harder to trust the one ushering you into promise.

When someone tells you that the engine is blown in your car, you may respond by saying, “It figures!” If someone says your $8.95 meal was paid for by someone else, you may say, “Are you serious!?” You believe the first easily, asking for no confirmation, but the second you doubt. I have heard people argue to pay for their own meal when someone had already done so.

If you want to walk into your promise on His timeline, learn to trust His voice. God is not fickle. He is not playing games with your life.

3. Trust God’s Power.
It is true that we will often trust in a moment of desperation, then distrust when we feel we have a choice in the matter. Many couples have relied on counsel when their marriage was falling apart only to avoid any counsel on keeping their marriage strong.

Israel trusted God’s power enough to bring them out of what they knew, but not into what they were uncertain of. They saw God decimate Egypt, but they weren’t sure He could handle Jericho. They saw Him subdue a nation, but they didn’t believe He could conquer a city.
Jericho wasn’t an issue for God, but it was for Israel. Their challenge was to trust His power. That may be your challenge too. Have you seen His power work in your life? Have you seen Him do the impossible for you? Why doubt Him now? Trust His power!
The good news is He never fails! If He brought you out successfully, He will usher you in the same way.